In one of our email exchanges about Shikawa, Bob Lovell tells about the donkey and its important role to Welsh Gypsy families.

Bob writes, “Awa, I forgot one really important animal I missed in my narration of Shikawa. I missed the marla – the donkey. The donkey was one of the most important friends of our old Puri folkie. Before the time of Vardos it was always donkey’s and bender tents. The thing about tents is the proper name, Kantuna.

I think the Welsh and more so in the valleys and mountains, got on with our Folkie rather well. We were not flashy. Just hard working Folk who saw that in Wales we shared the same sorts of problems. I mean even the Welsh chapel isn’t flash - no big cathedrals - just plain little churches or halls.”

I have to agree with Bob. There are many contemporary accounts of my Welsh Gypsy family of harpists and musicians loading up the cart with their harps and musical instruments. A trusty donkey would pull the cart while the children gaggled around it on the open roads of North Wales. Carrying their harps on their cart they travelled from farm to farm, helping with the harvest by day and entertaining the farmers with their harps by night.

I asked Bob. But what about vardos then? Surely, that’s the image we keep seeing when associating with Gypsies. His answer surprised me. “It’s mainly Romanichal (English Gypsies) who had Shuka (beautiful) expensive Vardos. But, in fact Vardos were very late and short lived in our story, and only certain families could afford such Vardos.

It was Showmen who had very elaborate trailers and Vardos, which I see many folkie today claiming were Rom. A few Rom families married into show people, but by doing so, they really had to hide their Gypsy background as the show man’s Guild never used Gypsy in any naming of shows and fairs. In fact, I’d say that one of the huge problems today with many non-Rom claiming to be Rom/Gypsies because of their having show-people in the family in the past. I see it so often and think dordi (enough). No wonder we have so much education to pass on about real facts.”

With Shikawa Romanus | Learning Romany you will learn about our customs and rituals. Bob has recorded Welsh Romany chib (language) as it has been spoken for 200 years. Visit our FAQ page for more about us.

Credit: The photo of Welsheskro Rom sas o Marla/Welsh Gypsy Man with Donkey was taken by Welsh photographer, John Thomas in the 1880s. 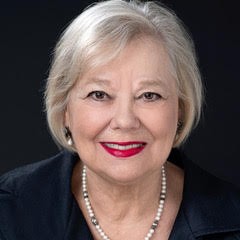